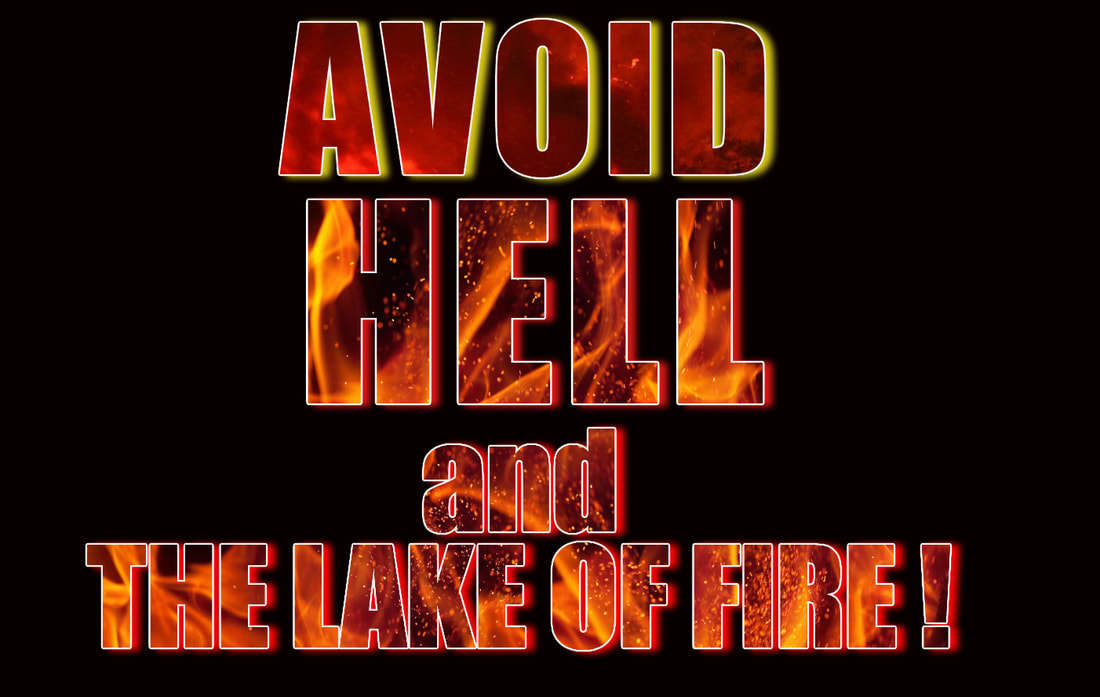 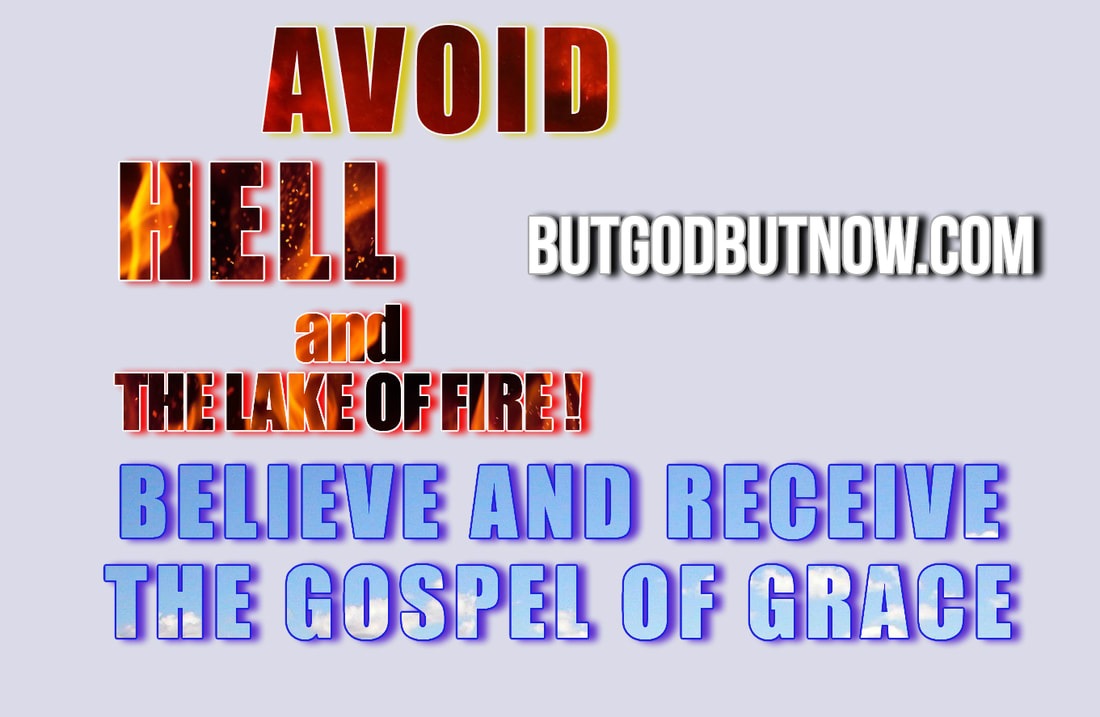 AVOID HELL! and THE LAKE OF FIRE!!!

THERE IS ONLY ONE WAY:
PUT ALL YOUR TRUST IN THE GOSPEL OF CHRIST.

2 Corinthians 5:21
For he hath made him to be sin for us, who knew no sin; that we might be made the righteousness of God in him

Titus 3:5
​Not by works of righteousness which we have done, but according to his mercy he saved us, by the washing of regeneration, and renewing of the Holy Ghost; Titus 3:6 Which he shed on us abundantly through Jesus Christ our Saviour; Titus 3:7 That being justified by his grace, we should be made heirs according to the hope of eternal life.

GET SAVED AND SEALED BY GRACE
NOW


SAVED AND SEALED BY GRACE
2 Corinthians 1:22 Who hath also sealed us, and given the earnest of the Spirit in our hearts.
Ephesians 1:13 In whom ye also trusted, after that ye heard the word of truth, the gospel of your salvation: in whom also after that ye believed, ye were sealed with that holy Spirit of promise,
Ephesians 4:30 And grieve not the holy Spirit of God, whereby ye are sealed unto the day of redemption.
2 Timothy 2:19 Nevertheless the foundation of God standeth sure, having this seal, The Lord knoweth them that are his. And, Let every one that nameth the name of Christ depart from iniquity.
Are we SAVED and SEALED by GRACE or by WORKS?
What SAITH THE SCRIPTURE?
Let us examine the King James Holy Bible.
First we must identify THE WILL OF GOD in this DISPENSATION OF GRACE:


Romans:23 For all have sinned, and come short of the glory of God;
24 Being justified freely by his grace through the redemption that is in Christ Jesus:
Romans 6:23 For the wages of sin is death;
but the gift of God is eternal life through Jesus Christ our Lord.
All mankind needs to receive THE GOSPEL OF CHRIST


Romans 1:16 For I am not ashamed of the gospel of Christ:
for it is the power of God unto salvation to every one that believeth;
​to the Jew first, and also to the Greek.

1 Corinthians 15: 1 Moreover, brethren, I declare unto you the gospel which I preached unto you, which also ye have received, and wherein ye stand; 2 By which also ye are saved, if ye keep in memory what I preached unto you, unless ye have believed in vain. 3 For I delivered unto you first of all that which I also received, how that Christ died for our sins according to the scriptures; 4 And that he was buried, and that he rose again the third day according to the scriptures:


In fact,
SALVATION is THE FREE GIFT of GOD
to undeserving sinners.


Romans 5:15 But not as the offence, so also is the free gift. For if through the offence of one many be dead, much more the grace of God, and the gift by grace, which is by one man, Jesus Christ, hath abounded unto many.
Romans 5:16 And not as it was by one that sinned, so is the gift: for the judgment was by one to condemnation, but the free gift is of many offences unto justification.
Romans 5:18 Therefore as by the offence of one judgment came upon all men to condemnation; even so by the righteousness of one the free gift came upon all men unto justification of life.
Ephesians 2:5 Even when we were dead in sins, hath quickened us together with Christ, (by grace ye are saved;)
Ephesians 2:8 For by grace are ye saved through faith; and that not of yourselves: it is the gift of God.
The moment you understand that you are LOST and that you cannot save yourself and BELIEVE and RECEIVE the GOSPEL of GRACE,GOD SAVES YOU AND SEALS YOU ...BY GRACE!
Ephesians 1:13 In whom ye also trusted, after that ye heard the word of truth, the gospel of your salvation: in whom also after that ye believed, ye were sealed with that holy Spirit of promise,
and this SEAL is FOR EVER!
Ephesians 4:30 And grieve not the holy Spirit of God, whereby ye are sealed unto the day of redemption.
Truly our GOD is a GOD of GRACE!
Philemon 1:25 The grace of our Lord Jesus Christ be with your spirit. Amen. 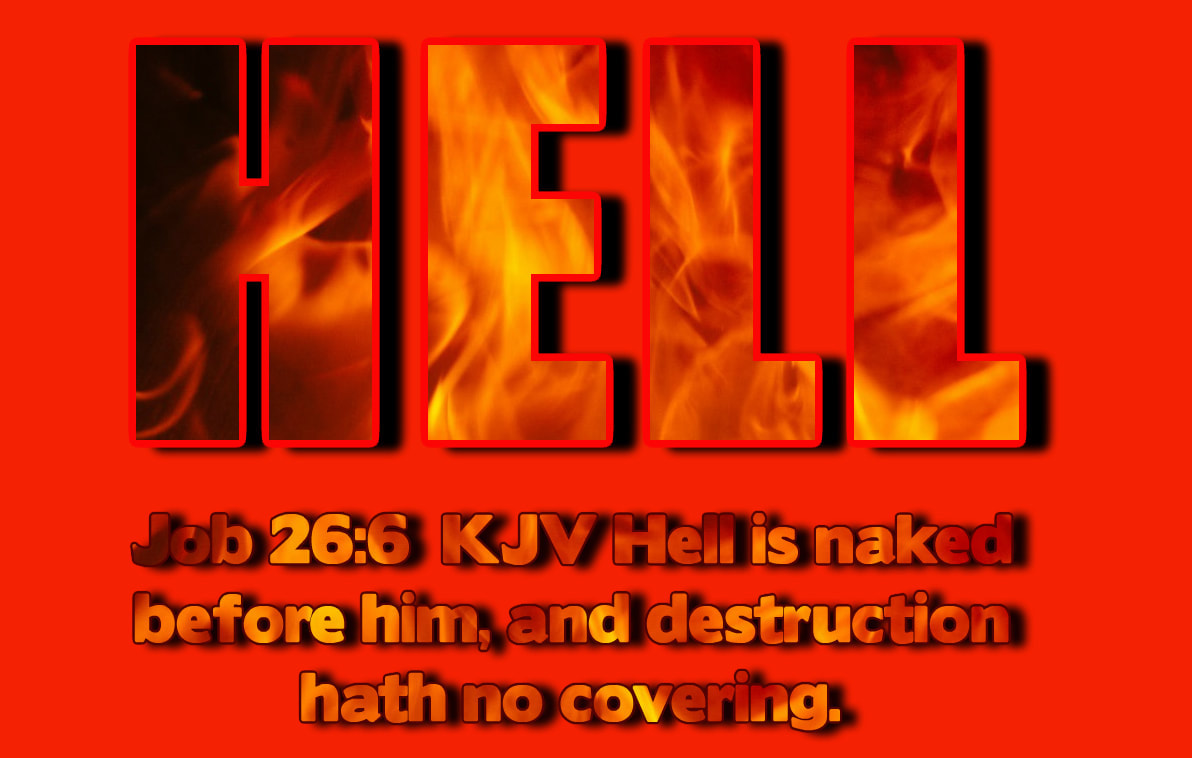 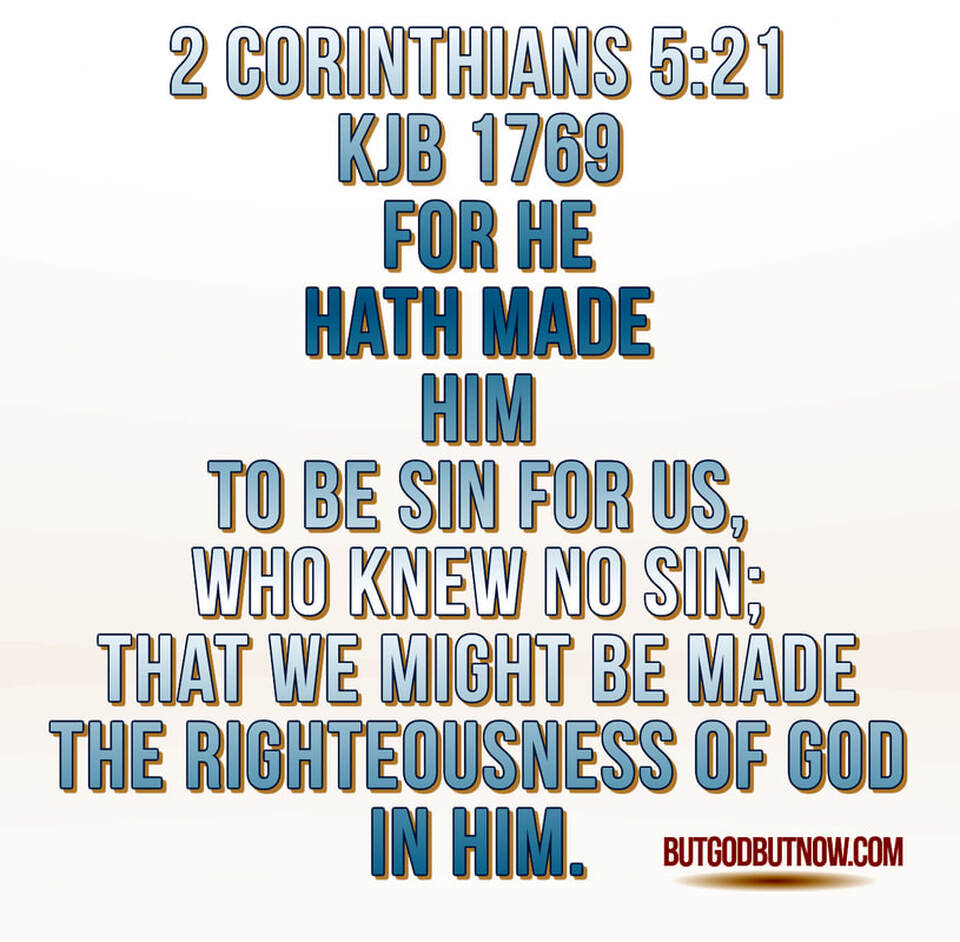 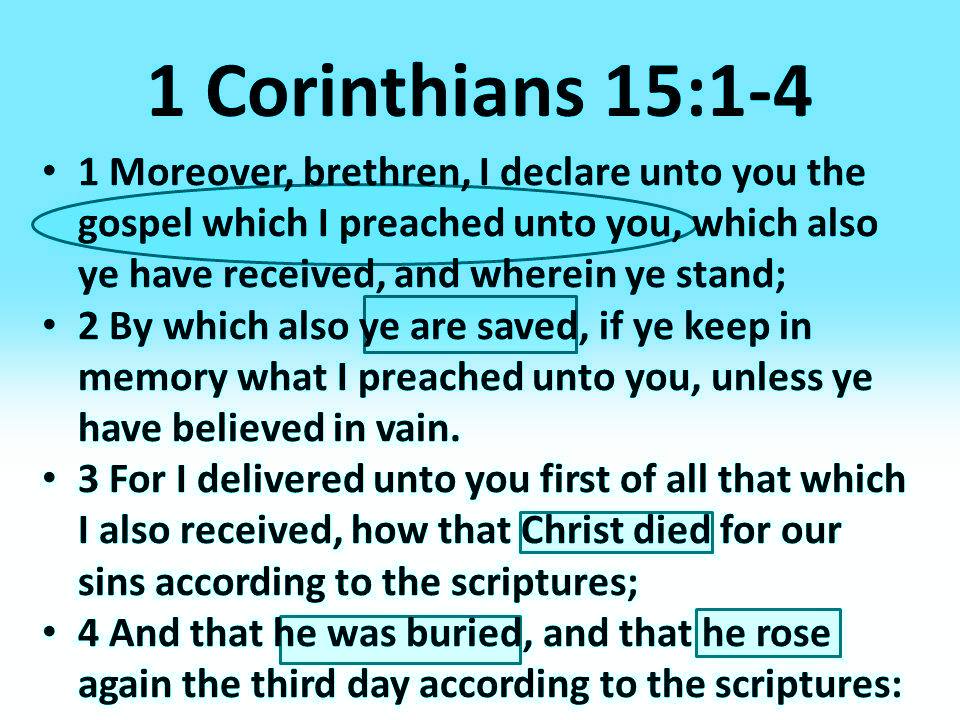